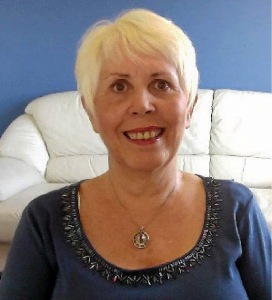 Mary Rodwell is a professional counselor, hypnotherapist, ufology researcher and metaphysician. Mary is the founder and Principal of ACERN (Australian Close Encounter Resource Network) and is recognized internationally as one of Australia’s leading researchers in the UFO and contact phenomenon. She is the Vice-President of Star Kids Project Ltd and an Advisory Committee member of Exopolitics.

Mary is the author of Awakening, a book based on her therapeutic work with experiencers. Her new book is called  The New Human – Awakening to Our Cosmic Heritage.

She has lectured in the USA, Canada, Hawaii, the UK and New Zealand, and appears regularly in national and international media news programs such as the Australian documentary OZ Files, the BBC television program, The Paranormal Files (UK) and Discovery Channel Animal X. In 2006 she participated in a debate on this phenomenon at Oxford University.

Mary’s research shows that while many ‘Star Children’ (sometimes called ‘Indigos’) have telepathic abilities, and are spiritually awakened and describe seeing “Beings of Light” (angels or light beings), the main difference is that Star Children have recollections of encounters with extraterrestrial beings and of being taken aboard extraterrestrial spaceships.

Mary also explores the evidence from scientific, medical, psychological and historical perspectives to support what she believes is a ‘genetic’ engineering program, which is part of an ‘upgrading’ of Homo sapiens. This is creating a paradigm shift in human consciousness, which these children demonstrate.