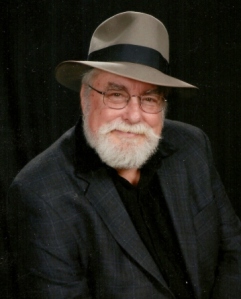 Jim Marrs is a journalist and author of four New York Times Best Selling books. A native of Fort Worth, Texas, he earned a degree in journalism from the University of North Texas and attended graduate school at Texas Tech in Lubbock. He has worked for several Texas newspapers, including the Fort Worth Star-Telegram, where from 1968 he served as a police reporter and general assignments reporter covering stories locally, in Europe and the Middle East. After a leave of absence to serve with a Fourth Army Intelligence Unit during the Vietnam War, he became a military and aerospace writer, and an investigative reporter.

From 1976 until his retirement in 2007, Marrs taught a course on the assassination of President John F. Kennedy at the University of Texas at Arlington. In 1989, his book, Crossfire: The Plot That Killed Kennedy, was published to critical acclaim and reached the New York Times Paperback Non-Fiction Best Seller List. It became a basis for the Oliver Stone film JFK, on which Marrs served as a chief consultant. An updated and expanded version was published in 2013.

In May, 1997, Marrs’ in-depth investigation of UFOs, Alien Agenda, was published and eventually translated into several foreign languages. It became the top-selling non-fiction UFO book in the world. From 2000 to 2007, he taught a course on UFOs at the University of Texas at Arlington, becoming perhaps the first to teach about UFOs at the college level.

His recent book, Our Occulted History (2013), concerns the origins of humankind and the possibility of extraterrestrial intervention. Marrs has won several Associated Press writing and photography awards including the Aviation/Aerospace Writer’s Association National Writing Award and Newsmaker of the Year Award from the Fort Worth Chapter of the Society of Professional Journalists. In 1993, Marrs received Freedom Magazine’s Human Rights Leadership Award. In 2015, he was presented with a Lifetime Achievement Award from the Conscious Life Expo.