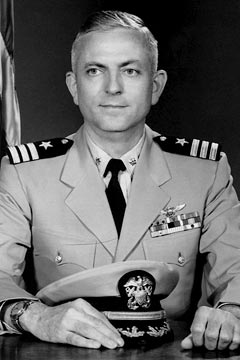 Dr C.B. ‘Scott’ Jones, PhD completed his undergraduate degree at the George Washington University. His Master Degree was earned at the University of Maryland, and his PhD at the American University School of International Service. His graduate work was undertaken at night school during various assignments in Washington, DC during his 30-year Navy career. The first half of his Navy career included two combat tours as a carrier jet fighter pilot during the Korean War. The second half was in a variety of intelligence assignment at the Pentagon and in Germany and India. He is a designated South Asia intelligence specialist.

He taught in the University of Maryland overseas program, at the University of Kansas and Casper College and the University of Wyoming. After retiring from the Navy he did research for think tanks for four years in Washington, DC, and for six years he was Special Assistant to Senator Claiborne Pell when Pell was the Chairman of the Senate Foreign Relations Committee. His job for Pell was to travel the world to investigate what consciousness research was being done especially in Russia and China. Research institutes in Russia that addressed consciousness were also responsible for ET research.

Scott has been involved with extraterrestrial life for over 80 years. His post-military career has been focused on peace activism that recognizes our military technologies have outstripped our ability to avoid the destruction of our civilization, without major political and economic policy changes and critical earned ET assistance.

His small non-profit company, P.E.A.C.E. Inc., works directly with ETs. They have jointly agreed to four Pilot Programs designed to break the cycle of perpetual warfare and to prepare human inhabitable deep space planets as lifeboats to host diverse human breading groups so that the Earth experiment is not completely lost.